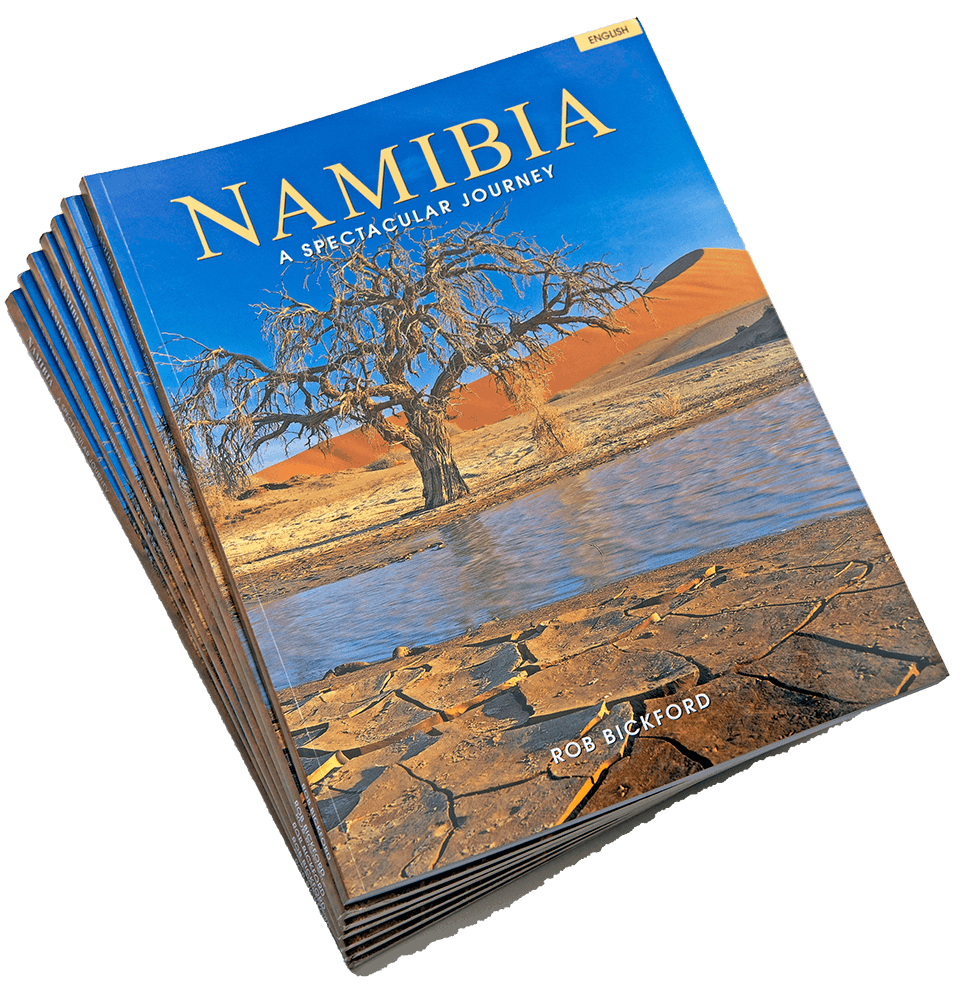 About The Author – Rob Bickford

Rob was given his first camera when he was 6 years of age.

In 1984 he became a commercial Industrial advertising photographer but his heart had always hankered after photographing the wildlife in Africa.

He took his camera to Namibia in the winter of 1995 when he found the wildlife to be all he had imagined and more. But it wasn’t just the wildlife that absorbed his attention – the sheer beauty of the landscape had him captivated and has called him back every winter since. 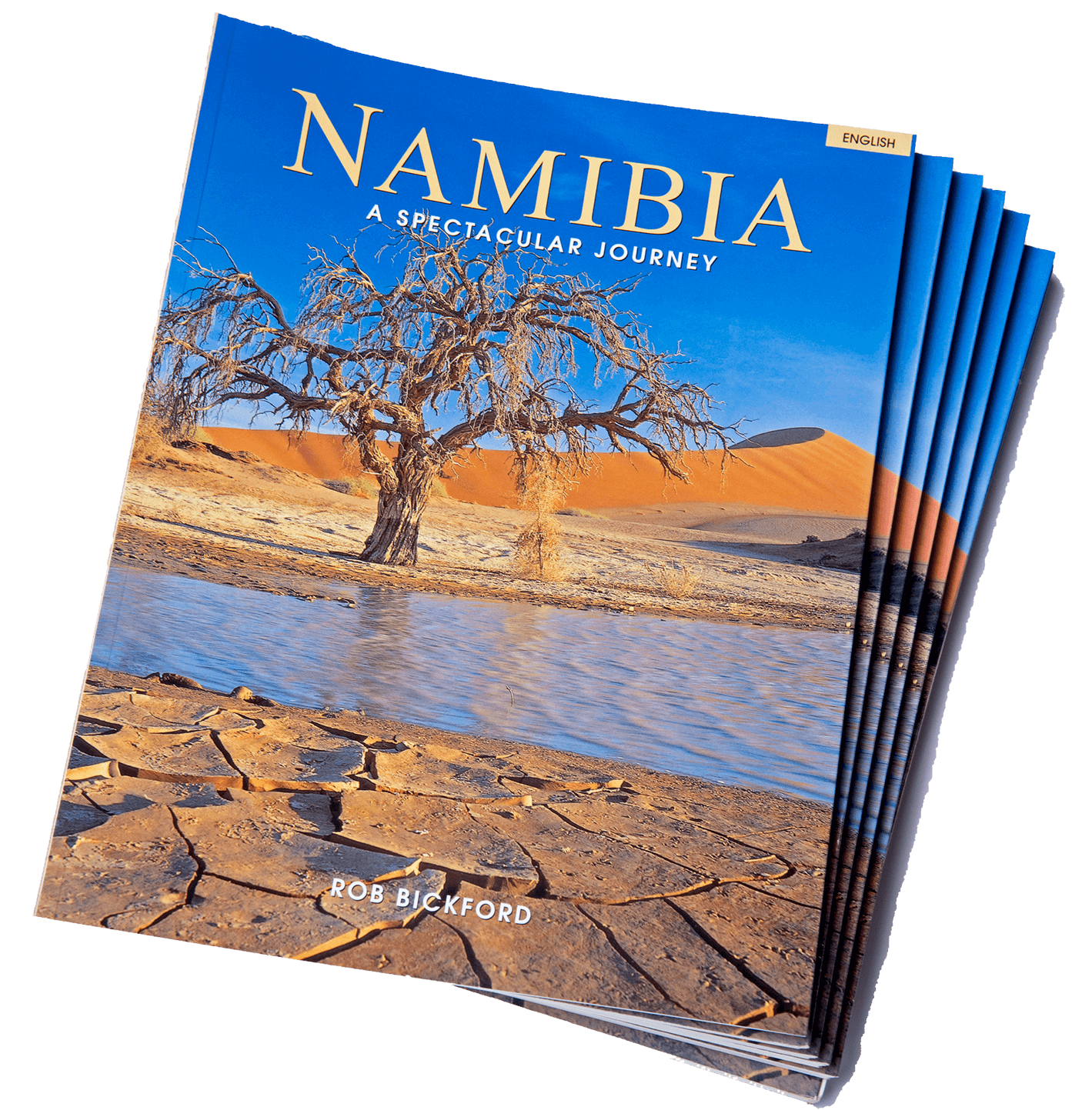 Order Now
This is an 80-page pictorial book on Namibia with many stunning images depicting the people, the wildlife and the scenery. The images are supported by descriptive and informative text.

All images span>taken by Rob Bickford, text by Maureen McDonald. English, German, French and Italian editions are available in all good bookshops and Lodges throughout Namibia. All editions also available directly from Rob Bickford Publishing Ltd via Mirrabac.