More information on this tour is coming shortly.

Brazil: The big, the beautiful and the bold

With riches beyond measure from rainforests to rivers, birds to beaches, wildlife to waterfalls, where to start? It’s a dilemma facing anyone wanting an ‘out-of-the-ordinary’ adventure in this extraordinary country. Let us suggest a solution. When you can’t do it all, settle for the best you can do. That’s what we’ll be doing on our Best of Brazil small group tour. Take a look.

First stop – the Pantanal. Not only is this giant maze of waterways the world’s largest tropical wetland, but it is also South America’s biodiversity star. Not one to be boastful, the Pantanal quietly outshines the Amazon rainforest with the highest concentration of wildlife in the Americas. And here in this wide, exposed environment, the main ‘actors’ are on an open stage, especially in the dry season. The cast is impressive: 1,000 bird species, 300 mammal species, 480 reptile species, 400 fish species. There’s keen competition for top billing: the magnificent jaguar that has the Pantanal as its world stronghold; the haughty hyacinth macaw; the rollicking giant river otter; the square-nosed capybara; the shaggy giant anteater; the calculating caiman. Whichever way you look at it, this is one show you really should see. 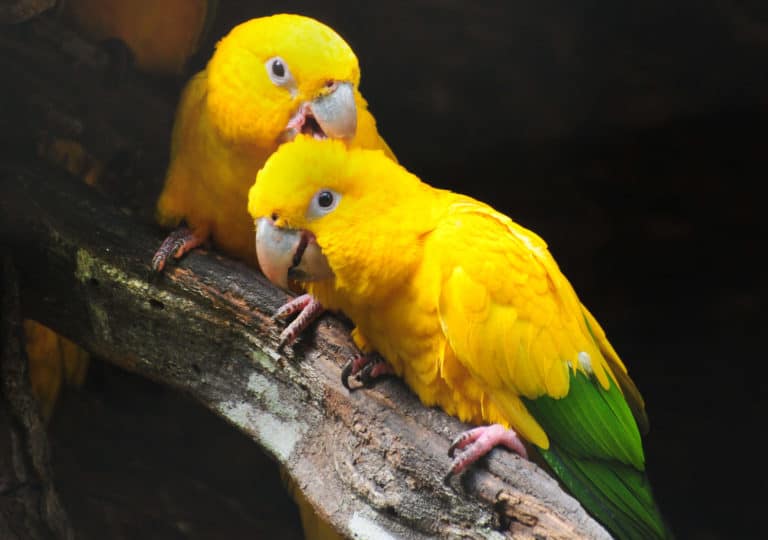 You’ll love our next stop – city of swing, Rio de Janeiro, also known as the marvellous city and with stunning viewpoints to prove this true. We’ll take the cable car to the summit of Sugarloaf Mountain; we’ll swing by Corcovado Mountain and gaze over Rio from the foot of the majestic Christ the Redeemer; we’ll stroll lazy beaches and lively neighbourhoods; and, when we’re done you’ll be ready for our ultimate ‘best of’ – Iguaçu Falls.

One of the New Seven Wonders of Nature, the astonishing 275 falls of Iguaçu form the world’s largest waterfall system that stretches 3km along the Brazil-Argentina border. Imagine, if you can, standing on a walkway above the Iguaçu River as unfathomable volumes of water crash down onto the rocks a short distance upstream from you. Now imagine the misty spray from that collision as it hits your face and showers you – or, hopefully, your raincoat! Feel the magic. Whether Brazil or Argentina – we’ll visit both sides – it will feel the same.

But don’t leave it just to your imagination. Explore the Best of Brazil with us and feel that magic for real.

What You Can Experience In Brazil

Lattice of waterways, meandering through savannahs and rainforests, nature’s diversity at its finest.

A multitude of colours and characters from the realms of the weird and wonderful.

Powerful and peerless, astounding and awesome.

From monoliths to mountains, beaches to bars, rainforests to rhythms, rowdy to relaxing – it is Cidade Maravilhosa, wonderful city of extreme contrasts.
Doesn’t this just make you want to hop on a plane?
send me the itinerary

*price subject to change due to airfare and exchange rate increases 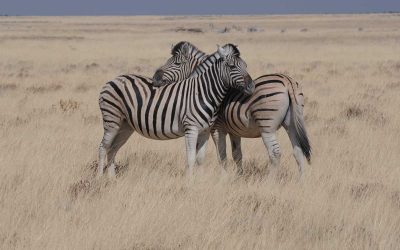 NamibiaMy Journey – Namibia “Life’s an adventure – be in it”. These words were life changing for me! A chance encounter with Rob Bickford of Mirrabac Small Group Tours and a visit to his website... 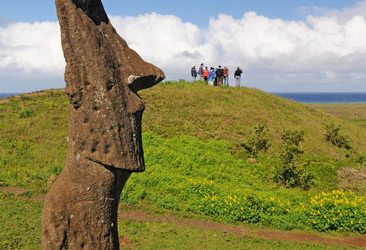 Galapagos, Ecuador and Easter Island. There are highlights every day but some stick with you. On our first full day out we ascended the Prince Phillip’s Steps on Genovesa Island. There we were... 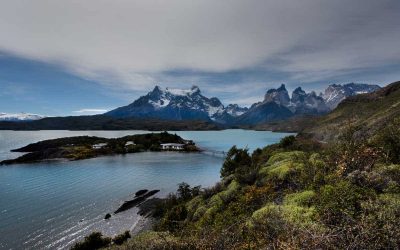 Epic Patagonia ~ The landscape belongs to the person who looks at it~ Ralph Waldo Emerson. And, in that vein, when you’re surveying the epic landscapes of Patagonia, it’s easy to feel like a very...

« Older Entries
Why not go on an adventure like Brenda? Request the itinerary for this tour.
send me the itinerary 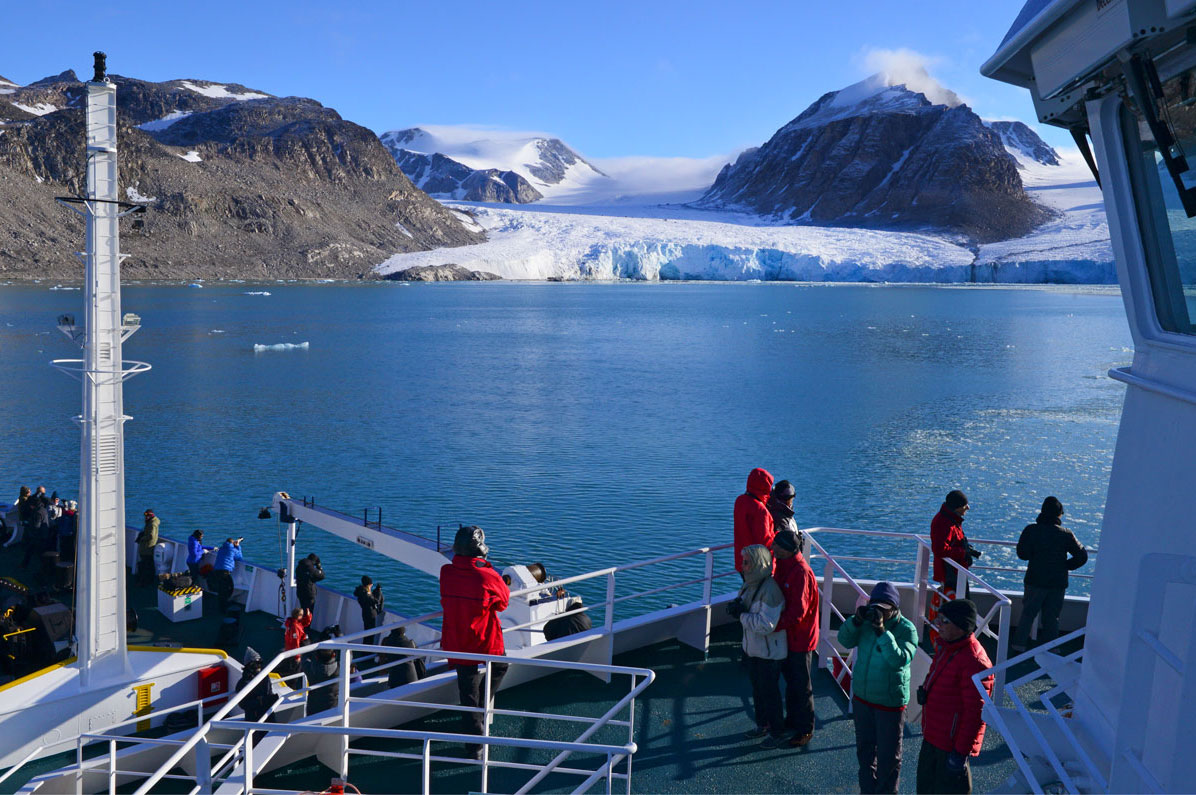 A polar cruise around the Svalbard archipelago.

The arctic region is just about as far away as your fearless inner ‘friends’ can carry you – almost off the edge of the map. And you surely won’t be caught up in a crowd if you venture above the Arctic Circle with us, for a polar cruise around the Svalbard archipelago.
Take me there 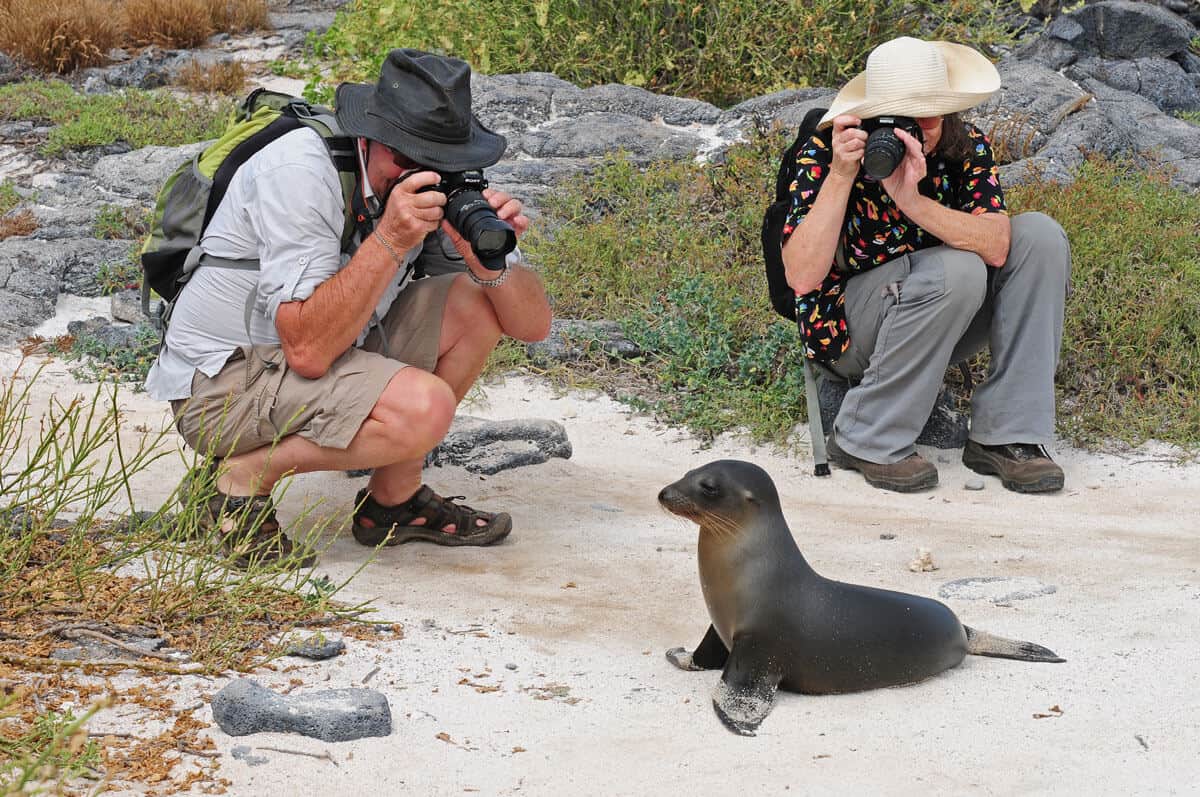 You'll relish this journey from beginning.

Few destinations offer the complete uniqueness and intrigue of these two Pacific treasures with their history, mystery, archeology and wildlife. First stop, mainland Ecuador to peek into the country’s history and culture and visit its magical Cloud Forest. Our journey then takes us to the Galapagos Islands for our stunning 8 day cruise. You also the option to go to Easter Island and wonder its mysteries.
Take me there 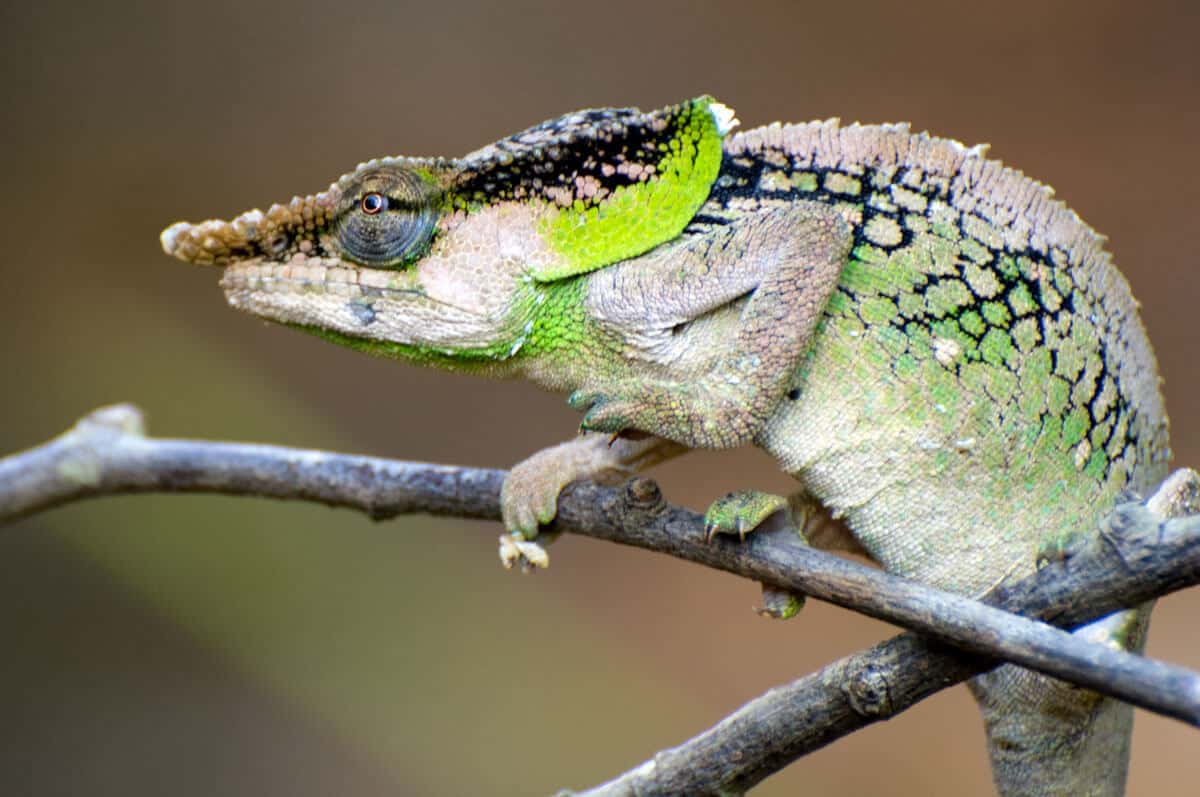 You'll find Madagascar is one huge kaleidoscope of charm, colour and culture

Madagascar, land of lemurs: brown, bamboo, ruffed, ring-tailed, Verraux’s sifakas, Indri-Indri… OK, so you get the picture. This African island, fourth largest island in the world, is famous for its lemurs, which come in about a hundred species.
Take me there 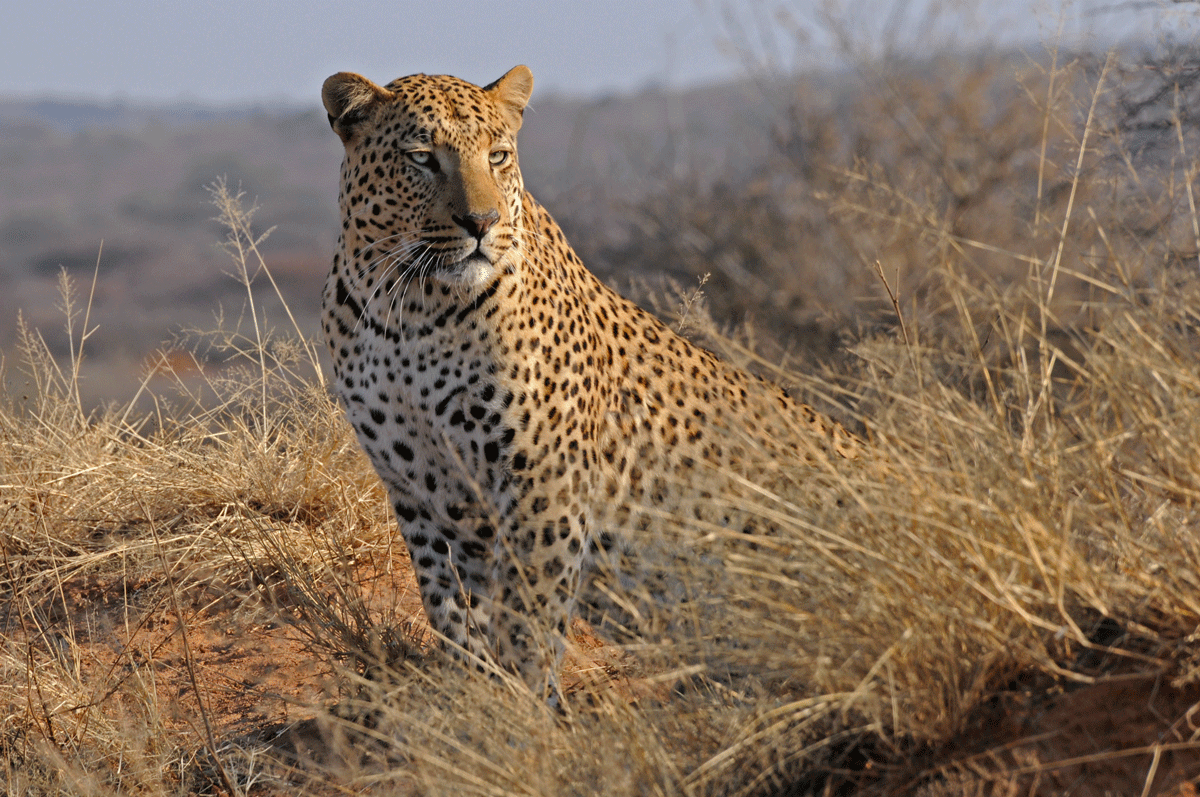 Do you sometimes (maybe even often) crave a bit of space, yearn to escape your everyday hustle bustle?

The biggest surprise in store may be the comfortable transport and luxury accommodation we’ve planned for you. There’ll be no overland truck or putting up tents, but don’t worry, you’ll still have an authentic African safari and an adventure you’ll never forget.
Take me there 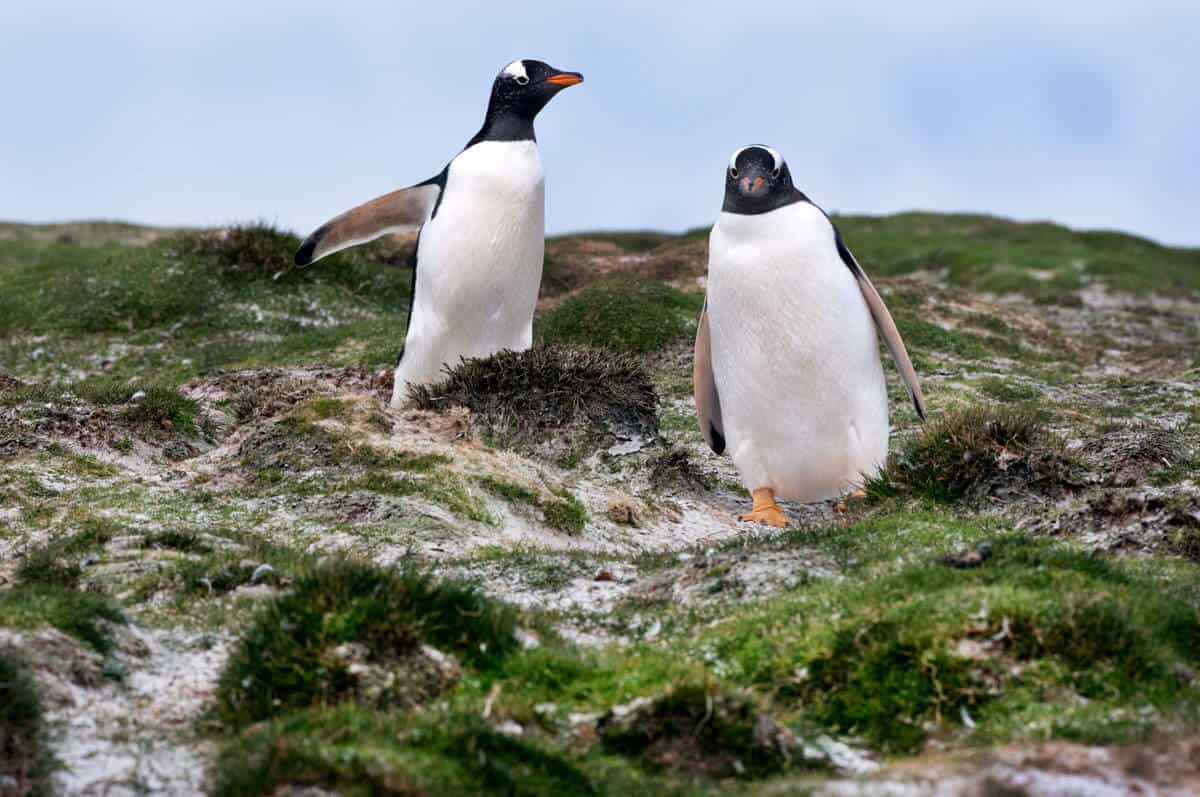 Patagonia, with its tantalizing spirit and larger-than-life landscapes has always pulled dreamers, daredevils and diehard adventurers into its embrace.

You’ll watch elephant seals and sealions wrangle on the beaches and rollick in the tussock. Prolific birdlife will have you seeking that rare sighting, that magic in-flight photo. And a troll through the Falklands’ history will leave you thoughtful.
Take me there Madagascar, land of lemurs: brown, bamboo, ruffed, ring-tailed, Verraux’s sifakas, Indri-Indri… OK, so you get the picture. This African island, fourth largest island in the world, is famous for its lemurs, which come in about a hundred species.
Take me there